It is not so much. A lot of it is electric.

What astronomers see is the "Zeeman effect" which is very similar to the "Stark effect".
From the idea that it is Zeeman, the astronomers think that there are gigantic magnetic fields
in sunspots. And nowhere else.

With better observations, we have also seen Zeeman/Stark effect in the plasma lines on the sun.
Especially in flares. But these cases are harder to spot, because you need to see it at the horizon of the sun.

The astronomers have no clue about the origin of the magnetism. Well I have a surprise for them:
There is not so much magnetism. A lot of it is electric.
What they see are the electric currents going from one sunspot to the other.
Where they start and finish are strong electrical fields, in opposite polarisation.

Double layers are caused by electric currents going through plasma.
And if sunspots are start or end of currents, we have double layers in the sunspots.
The Stark-effect in sunspots corresponds to electrical fields that are very similar
to the electric fields found in Safire .

The electric currents that usually form plasma lines in plasma-balls and laboratories,
give the same structures as we see in "plasma-ropes" on the sun.

Sunspots with magnetism based on Zeeman effect: Click for full image
Here you see that polarities are mixed. Green is in yellow and yellow in green.
The distribution is also weird, especially if it would be a magnetic field.
So something is really wrong..
The Stark effect is slightly different. (It gives more spectral splits).
So with the Stark effect it is very likely that there is no polarity change.
And with no polarity change the field structure becomes more consistent.
So these images need to be corrected towards the Stark effect.

Here you see the effect of REAL magnetism on the sun.
The electric sparks circle around.
So in this case there is some magnetic field in the vertical direction.
This is caused by some other current going circular or spiral. If free electrons enter a medium, they become dark. This happens at sunspots.
That is why sunspots are darker. 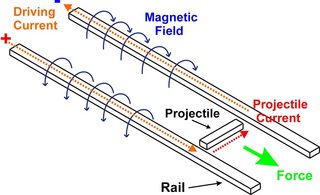 The ejection takes place due to an electrical shortcut and railgun effect.
More ** from zyxzevn at: Paradigm change and C@
Top

Zyxzevn wrote: What they see are the electric currents going from one sunspot to the other.
Where they start and finish are strong electrical fields, in opposite polarisation.

These electric currents are caused by the solar magnetic field + solar rotation.

Not quite. Double layers are caused by various reasons: thermal, gravitational, chemical etc.
In the most general sense they arise to neutralize the external [potential] electric fields (which arise for whatever other reason). This is one of the reasons why models like Juergens' wouldn't work - the hypothetical external potential would be immediately shut down by double layers.
It is true that while double layer is establishing itself, there is an electric current. But this is only a transient phenomenon.


Zyxzevn wrote:The Stark-effect in sunspots corresponds to electrical fields that are very similar
to the electric fields found in Safire .

This statement is doubly false. In SAFIRE there is nothing even remotely like sunspots nor the currents associated with them (because their anode is not magnetized).


Zyxzevn wrote:So these images need to be corrected towards the Stark effect.

Sunspots should have potential difference between them for at least two reasons: 1) induction in their own magnetic field; 2) electric polarization in the general solar magnetic field (by unipolar induction).
So I don't see any contradiction with what I've said earlier.
Top

BecomingTesla wrote:Damn, that interview was terrible...Monty got caught off by the hosts literally every time he tried to speak. Can anyone summarize what was actually said, because that wasn't really watchable for me.

Agreed. I stopped watching after 45min or so; goodness gracious. Try this one-on-one interview instead:

EXCLUSIVE - SAFIRE Contacted me in RESPONSE to my REACTION video to ANSWER MY QUESTIONS!- From: See the Pattern

I finally got caught up with this thread and am lost as to why this experiment seems so confusing to some.
"Our laws of force tend to be applied in the Newtonian sense in that for every action there is an equal reaction, and yet, in the real world, where many-body gravitational effects or electrodynamic actions prevail, we do not have every action paired with an equal reaction." — Harold Aspden
Top

@Solar thank you so much, this interview is much much better. Very appreciated!
Top

Wasn't entirely sure where to put this, but I thought it was at least connected to SAFIRE tangentially. A team out of the University of Washington is proposing a new model of solar phenomena based on experimental work they've done using a spheromak.


The heliosphere appears to be powered by coaxial helicity injection from a negative helicity injector in the northern hemisphere and a positive one in the southern hemisphere. The injector magnetic flux for both is the measured solar polar magnetic flux, and the injector voltage is generated by a simple dynamo effect due to the differential rotation of the solar surface with the polar magnetic flux. The dynamo current is estimated from the
solar motion that it causes. This current also appears to sustain a thin, shallow global magnetic structure over most of the solar surface that has the form of a 1D minimum energy state. The current channel appears to be destroyed and reformed every 11 years. The currents and magnetic fields reverse in this solar cycle. A brief discussion of surface phenomena observed during this cycle is given. Plasma self-organization is briefly discussed and used in this analysis of solar data. The magnetic phenomena discussed include torsional oscillations, the heat source for the chromosphere and the corona, filaments, meridional flow, the solar cycle, sunspots, CMEs, and flares.

Seems promising that they're discussing voltages and currents, and it's particularly interesting that they're making note of self-organization as a phenomena since they've been working with spheromaks, which sound quasi-related to SAFIRE in terms of the structure/design of the reactor.

"Our model is completely different from a normal picture of the sun," said first author Thomas Jarboe, a UW professor of aeronautics and astronautics...The type of reactor Jarboe has focused on, a spheromak, contains the electron plasma within a sphere that causes it to self-organize into certain patterns.

Gonna read the full paper later, I'll let y'all know if I find any other goodies in it.

Users browsing this forum: No registered users and 8 guests